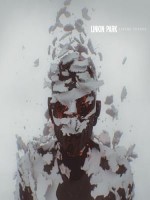 "Living Things" is the fifth studio album by American rock band Linkin Park. Linkin Park released this album on 20 June. This album has received mixed review. All Music has given album 3.5/5 stars. The album contains 12 tracks in the standard version and bonus track for "What I've Done" (live) for Japanese edition. The album will be distributed under the label Warner Bros.

"Burn It Down" is first and only single released from this album. It was released on April 16, 2012.