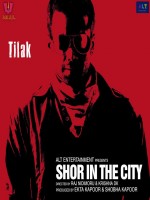 The songs are composed by Sachin-Jigar and Harpeet. Two songs from Harpreet have been taken from his Sufi compilation called Teri Justujoo released by Sony a couple of years back. Lyrics are penned by Sameer and Priya Panchal.