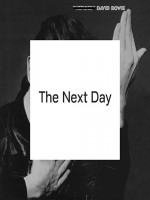 The Next Day is the forthcoming twenty-fourth studio album by English musician David Bowie, to be released in March 2013 on Bowie's Iso Records label, under exclusive license with Columbia Records.

Singles from The Next Day