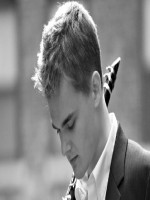 "The ShrutiBox" is online music series by American clarinetist and music composer Shankar Tucker. The Shrutibox features his compositions and was released online on platforms like YouTube and Soundcloud.

Shankar Tucker started this series in 2011. His first song was O Re Piya/ Rolling in the Deep - ft. Rohan Kymal.