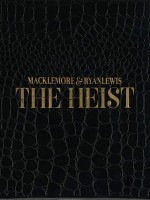 The Heist is the debut studio album by American rapper Macklemore and producer Ryan Lewis. Total 5 singles were released from the album. The fifth single is the most commercially successful - peaking on the Billboard Hot 100 at number 1.