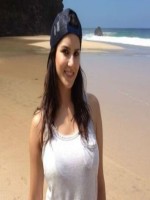 Ragini MMS 2 is an Hindi Thriller/Horror film directed by Bhushan Patel and produced by Ekta Kapoor and Shobha Kapoor. It is sequel of Ragini MMS released in 2011. The film stars Sunny Leone, Sandhya Mridul and Anita Hassanandani in leads.
The film is schedule to be released on Oct, 11, 2013.