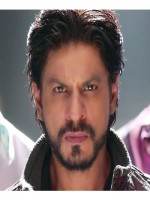 Happy New Year is an 2014 Bollywood action comedy-drama film directed by Farah Khan and produced by Gauri Khan under the banner of Red Chillies Entertainment.

The music of Happy New Year will be composed by the duo of Vishal-Shekhar while the lyrics are penned by Irshad Kamil.