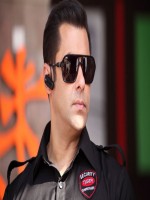 Bodyguard is an upcoming Hindi romantic action film directed by Siddique. A remake of the director's own 2010 Malayalam film, Bodyguard the film is being produced by Atul Agnihotri and features Salman Khan and Kareena Kapoor in the lead roles.Bodyguard is scheduled for release on August 31, 2011. It also features Katrina Kaif in an item-number.