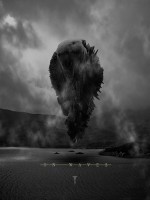 In Waves is an upcoming fifth studio album by American heavy metal band Trivium. It is scheduled to be released on August 9, 2011.
This album will be the first record to feature new drummer Nick Augusto after previous drummer Travis Smith departed in 2009. In various interviews, the band has stated that the album sounds closer to the style of Ascendancy than the style exhibited on The Crusade and Shogun.
The first single from the band, In Waves, was released on May 21, 2011 to Trivium World members. Following this on June 6, 2011 Matt Heafy stated on his Twitter that the album would be named after the aforementioned song. The single was most recently released onto the US iTunes store and Zune Marketplace on June 10. On June 17 the music video for "In Waves" was released.