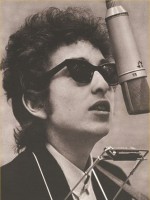 Bob Dylan is an American singer-songwriter, musician, and artist. He has been an influential figure in popular music and culture for over five decades.