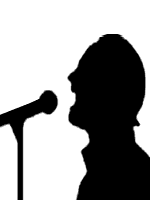 Gippy Grewal is an Indian Singer and Actor. He is known for his Punjabi songs. He was born in Koom Kalan (Kum Kalan) village near Ludhiana. He rose to fame from his single Phulkari which broke many records in Punjab. He made his debut in the 2010 movie, Mel Karade Rabba. He has also received "PTC Best Actor Award" in 2011 for his performance in 2011 blockbuster, Jihne Mera Dil Luteya. He received "PIFAA best actor award" in 2012 along with Diljit Dosanjh.