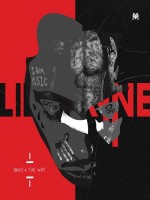 Sorry 4 The Wait is a mixtape by Lil Wayne, named as an apology for the continued delay of Tha Carter IV. Wayne said the mixtape will have about 10 songs and be similar to No Ceilings, with him rapping over other artist’s beats. It was released for digital download on July 13, 2011. The advanced version was released earlier that day, and the official mixtape with 12 tracks was released later the same day.
It also include the track of Adele's song Rolling In The Deep's remix sung by Weezy. Cortez Bryant pushed Tha Carter IV back until August 29th, therefore the mixtape was made. Rapper Lil B and Gudda Gudda were featured on the mixtape.

Tags: mixtape sorry for the wait(SFTW), released by lil' wayne for delaying of Tha carter IV,